On the flight out of Israel, a woman took the window-seat next to me. She looked rather rough and mean—not the sort with whom I would try to make a conversation.

I said to the Lord Jesus, “She looks rather spiritually dark; I can’t go there. It is too hard. It will be so difficult. I am not sure of what to say. Please help me.”

I needed rest, so I tried to sleep as I continued my conversation with Jesus about this woman. I went to sleep. When I awoke, I noticed that she was reading a book in Arabic. I thought, “Ok, Jesus, I will tell her about you, but please protect me.”

I sensed that this lady was not ripe for salvation. But, I had to tell her about Jesus. So I asked her, “What are you reading?” She sternly looked at me and responded, “About Africa.” I asked, “Is that in Arabic?” She again very sternly responded, “Yes. Africa has the same problem as we Palestinians do ” I looked at her eyes, and they were so dark! I prayed, “Jesus, help me. Please protect me.” She looked at me and laughed. Then she asked, “Why were you in Israel?”

I spoke very carefully and lovingly to her and asked, “What is your name?” She gave it to me.

“HA, you are naïve!” she said angrily, laughing. I firmly responded, “Don’t say things about me when you don’t know me.” She looked at my eyes. “HA, you have only read two books, right? [referring to the New and Old Testaments], but you have not read the third one, the Koran.” I said, “Yes, I have read the two books.” “Have you read the Koran?” she asked sternly. I said, “Yes, I have.” She was silent. I waited for her to speak again, as God placed a love for her in my heart.

She then started to talk about her hatred of the Jews and her political opinion. I strongly said to her, “I am not going to speak to you about all of that. I am going to speak to you about the Son of God who loves you. He gave His life for you on the cross for your sins and mine so that you may have eternal life in heaven with Him.” She listened. God’s love for her grew stronger in my heart.

I asked her, “Are you Jewish?” She said, “I am an Arab-Jew. Most of the people in Israel are Arab-Jews.” I thought of the young Jewish man who had told me the same thing and that because of so much mix between them now, there were not too many who were from only a Jewish heritage.

Again she started to talk about her hate toward the Jewish people. I repeated that I was not going to talk to her about that because her life was at stake for heaven. I told her about Satan and hell. She listened. I told her, “I understand about the politics, but I am most interested in your soul going to heaven. You need to understand the truth about Yeshua, the Son of God, who gave His life for your eternal salvation.” She was quiet. My heart continued growing in God’s love for her.

I said, “I feel sorry for you because of the hate you have.” She reasoned, “It is not hate; it is anger.” I told her, “Anger turns to hate. And heaven is closed to hate, so it is closed to you unless you believe in the Son of God who loves you!”

The flight attendant announced that we were to prepare for landing. I pulled up a little string bookmark that I had made to give to those whom I tell about Jesus. I gave it to her. It had a medallion at one end that read, “Believe.” Now, her disposition was kind. She said, “Please tie it on my wrist.” I responded, “Oh I am not sure that I know how to do that.” (The string was too long for wrist-tying.) She looked at me and said, "What? You are a woman! I understood her heart in this, so I tied it on her wrist. She was pleased. We prepared for the flight’s landing.

After the flight landed, I gathered my things and started to leave. She said, “WAIT!” She wrapped her hands around her neck. I observed her quickly and then knew what she was doing. She said, “HERE!” She took off her necklace. I said, “Oh, please, please no.” She took it all the way off and placed it in my hand. Her eyes were full of what was in her heart. She had received the words I had spoken to her.

We looked directly into each other’s eyes, as she released the necklace from her hand into mine. She said, “You are a very special woman.”

Oh my goodness, this was the same statement that the Israeli-Jew made who was the taxi driver to the airport. She too must have understood something about the Son of God that she could not express.

I didn’t know what to say. My voice started to break, as I thanked her. God’s love for her in me was so strong. She knew it. And I knew that she had opened her heart to His love for her.

“Abba, Father, You alone draw man to You through Your Son. No man can draw man to You or Him, unless you draw Him first. Please draw this woman to You and cause the words that I spoke to her to make her desire Your love through your Son.”

“Jesus, please reveal Yourself to this woman. Pursue her through the truth that she heard about You. Who can resist Your Love, Messiah! The very earth is filled with it!

“Holy Spirit, thank you for helping me to talk to this woman. Thank You for placing God’s love in my heart for her. You strengthened me with it and caused to see what only You can give, God’s Son’s love.”

No man can come to me, except the Father which hath sent me draw him: and I will raise him up at the last day. John 6:44

And hope maketh not ashamed; because the love of God is shed abroad in our hearts by the Holy Ghost which is given unto us. - Romans 5:5

The word which God sent unto the children of Israel, preaching peace by Jesus Christ:  - Acts 10:36

For Zion's sake will I not hold my peace, and for Jerusalem's sake I will not rest, until the righteousness thereof go forth as brightness, and the salvation thereof as a lamp that burneth. Isaiah 62:1

I have set watchmen upon thy walls, O Jerusalem, which shall never hold their peace day nor night: ye that make mention of the Lord, keep not silence, Isaiah 62:6

Pray for the peace of Jerusalem: they shall prosper that love thee. Psalm 122:6

The Lord also shall roar out of Zion, and utter his voice from Jerusalem; and the heavens and the earth shall shake: but the Lord will be the hope of his people, and the strength of the children of Israel. - Joel 3:16

When a man's ways please the Lord, he maketh even his enemies to be at peace with him. Proverbs 16:7

These things I have spoken unto you, that in me ye might have peace. In the world ye shall have tribulation: but be of good cheer; I have overcome the world. John 16:33

All scripture is KJV. 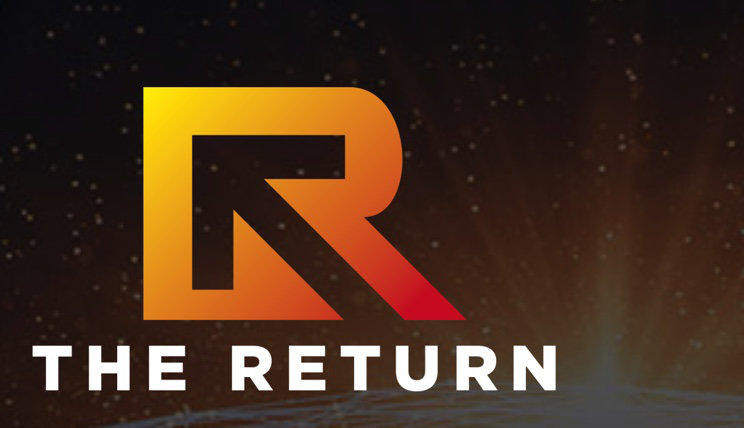 National and Global Day of Prayer and Repentance

September 25-26, 2020
On the National Mall, throughout American and the world